Are Constipation and Depression Related? 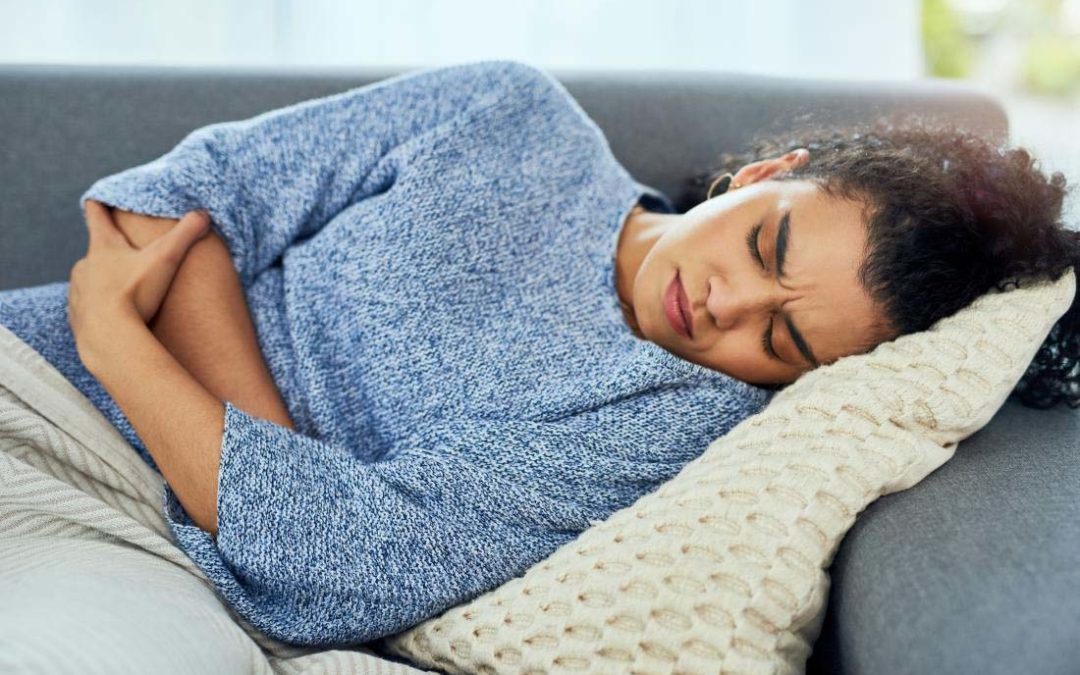 Chronic constipation is infrequent bowel movement or difficulty in the passage of stools. Generally, constipation described as having fewer than three bowel movements per week. Depression, on the other hand, is a mood disorder characterized by persistently low mood, feelings of sadness, and loss of interest on what was usually making you happy. Depression affects how one feels, thinks, and behaves. It may lead to a variety of emotional and physical problems. According to the world health organization, depression is one of the most common illness and the leading cause of disability. There is an estimation that about 350 million people are globally affected by depression. Depression is more common in women than in men, which can be explained by the fact that women experience postpartum depression and baby blues.

Is constipation and depression related?

Although constipation and depression have distinct characteristics and causes, you might wonder if there is a connection between them. Over the years, scientists have found strong links between psychiatric diseases and increased risk of constipation. Through research, it was clear that chronic constipation often accompanies depression. There was an estimation that one-third of people with depression experienced constipation, which indicates a relationship that exists between these two different conditions.

Depression attributed to imbalance levels of serotonin in the brain. The crucial reason behind that might be the fact that tryptophan, which is a precursor of serotonin occurs to be insufficient. Or, it may be because of ineffective receptors for serotonin. Usually, the imbalance leads to mood changes. Thus, serotonin has a critical role in controlling gastrointestinal functions. 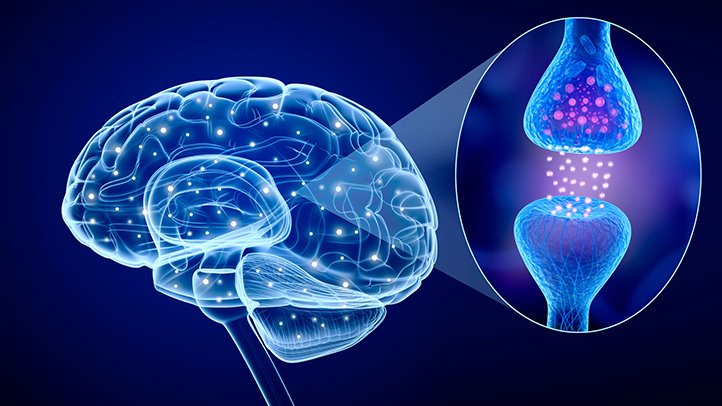 Serotonin is a neurotransmitter released by the enteric nervous system and the central nervous system. It has a vital function in regulating peristalsis, secretory reflexes, and modulating pain perception. During the depression, serotonin levels in the brain decreased and therefore serotonin level, which released by the enteric nervous system, got reduced. The low levels of serotonin lead to diminished intestinal secretions, as well as lessened peristaltic action. In which leads to constipation. Recent studies on 7th May 2019 by University of Columbia studied the effects of decreased levels of serotonin on constipation. They used a mouse model of depression, where it had a mutation of genes similar to those of depressed human being. They finally found out that a reduction in serotonin levels led to constipation in the mouse. As a result, researchers suggested being the same in humans.

What is irritable bowel syndrome? 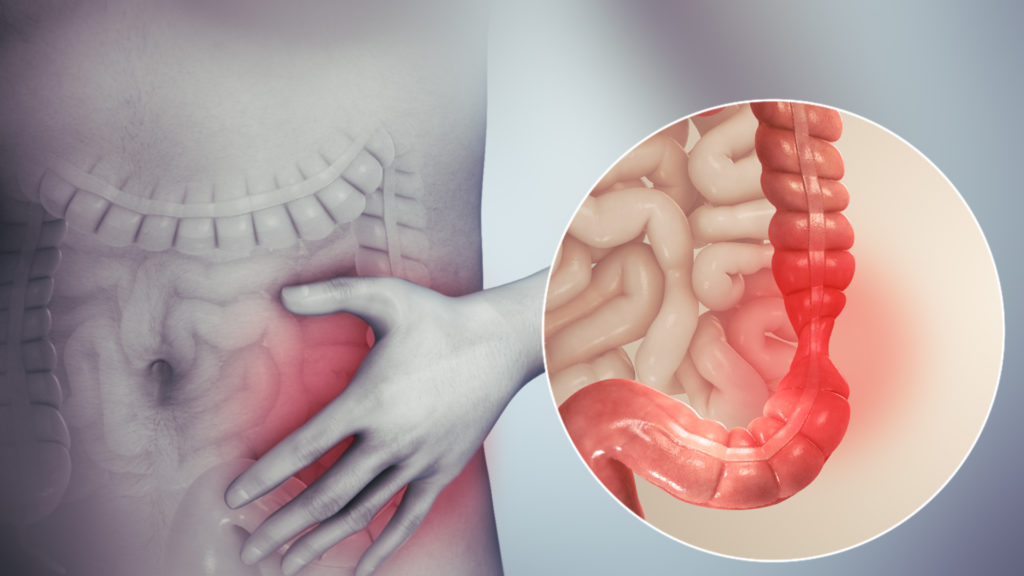 Irritable bowel syndrome is one of the diseases that can cause constipation. It has a link with an exaggerated response to stress, which is more of unipolar depression. This disease characterized by abdominal pain and disturbances of defecation. Constipation manifested through this disease.

Some tricyclic antidepressants; such as amitriptyline and imipramine, can cause constipation as their side effects. These drugs function by blocking the neurotransmitter acetylcholine action. As a result, the muscular contraction, which propels waste matter through the digestive tract, slowed down. Also, the intestinal secretions that lubricate the matter passage got reduced. Both of these factors can lead to constipation.

What does constipation do to your body?

Constipation makes it hard for your body to get rid of waste matter, which can cause various health issues upon accumulation. One of the main conditions of constipation is elevated water absorption by the large intestines. The absorption is extreme, leaving behind a solid mass of waste constituents. The fact that the waste constituent is more extra of compact and less of water makes it difficult for removal during defecation. A lot of energy required to get rid of it. Pushing hard may lead to the development of hemorrhoids.

On other instances, the fecal matter becomes hard and makes it hard to push out. It leads to fecal impaction, which may be an emergency that requires immediate attention. The symptoms may get manifested as vomiting and pain. Surgery to remove the hard mass may be a solution.

How does constipation feel?

Constipation expressed in a wide variety of feelings. You may feel constantly bloated or uncomfortable. After defecation, you may experience the urge that you did not push all the fecal matter, or sometimes do not feel to expel it at all. Constipation is uncomfortable and can lower the self-esteem of someone. Other people may feel fullness in the stomach and pelvic region. It may occur due to bloat that develops during constipation. Or, it might be the result of reduced peristaltic movement slowing rate of food digestion. Others experience back pain as a result of fecal impaction. The pressure exerted on the rectum may transmit by pain receptors in the rectum and radiate toward the brain through the C fibers.

How are constipation and depression linked?

Some people lose appetite to eat or feel nausea and also vomit sometimes. Irritable bowel syndrome, which causes constipation can cause loss of appetite. Thus, loss of appetite linked to depression and anxiety. In other persons, constipation can lead to a feeling of anger, anxiety, and frustrated, which can lead to the development of unipolar depression. Irritable bowel syndrome has a link to depression. Also, pains can translate to depression; as you become uncomfortable psychologically, trying to stop the pain. Low self-esteem manifested in people with constipation. Therefore, psychosocial life may negatively affected, which can lead to the development of depressive episodes.

Which anti-depressants cause constipation?

There are several classes of anti-depressants that prescribed and authorized by several health worldwide representatives, including the world health organization. The anti-depressant classes include: –

The anti-depressant categories have a different mechanism of actions. Also, they have different side effects. Some of their general side effects include increased heart rate, blurred vision, dehydration, and also reduced blood pressure.

They perform their actions by increasing serotonin levels and norepinephrine, which expected to be insufficient in persons with depression. Additionally, they block the release and mechanism of action of acetylcholine, which is another neurotransmitter. Reduced levels of acetylcholine interpreted as reduced smooth muscle contraction of the gastrointestinal tract, as well as reduced intestinal secretions. It is true since acetylcholine controls calcium levels through the action of muscarinic receptors, especially M2 and M3. Consequently, it controls the contractions of the gastrointestinal tract smooth muscles, which is how tricyclic antidepressants cause constipation.

Where do constipation pains occur?

There is a variety of pains that occur during constipation, which has not convened to a specific area of the gastrointestinal tract. The pain may be primary or secondary, depending on location internally and externally.

Anatomically, abdominal pains locate at the abdomen, which bounded by a lower margin of ribs and diaphragm above, the pelvic bone below and flanks on each side. It represents the pain occurring on the internal organs of the gastrointestinal tract. The organs that possibly affected include: –

Will constipation cause appendicitis?

Appendicitis is the condition where the appendix get inflammation and infection. It majorly occurs due to blockage of the appendix by either, mucus, parasites, or most commonly fecal matter. The appendix localized on the lower side of one’s abdomen. It seems a narrow tube pouch-shaped protruding from the large intestines. Although its purpose not well known, researchers assume that it has tissue that stimulates the immune system of our body to function accurately. When there is a blockage in the appendix, bacteria grow fast on the organ, causing the inflammation and swelling. There are serious consequences that attach to appendicitis. One of the most dangerous effects of appendicitis occurs when the swollen appendix ruptures and releases toxic bacteria. It erodes the peritoneum resulting in peritonitis. Peritonitis is an emergency and needs immediate medical attention.

In conclusion, constipation and depression considered two linked conditions. Depression has several means for management, and the same applies to constipation. Both diseases have multiple ways for prevention as well. It takes into account some of the methods that you can do in daily life to prevent the occurrence of these conditions. Some common ways of preventing these diseases include; eating a healthy diet, exercising correctly, leading a healthy lifestyle, stress management strategies, and also being ambassadors of one’s health. Thus, you shall know that no one is responsible except you in managing your health.

Follow our blog. And do not forget to check our upcoming constipation articles. You will surely come up with informative and beneficial tips.

Very well explained!!
I also had some similar concerns in my mind and now I got the answers.
Thanks:)