Constipation- Which Foods to Avoid? 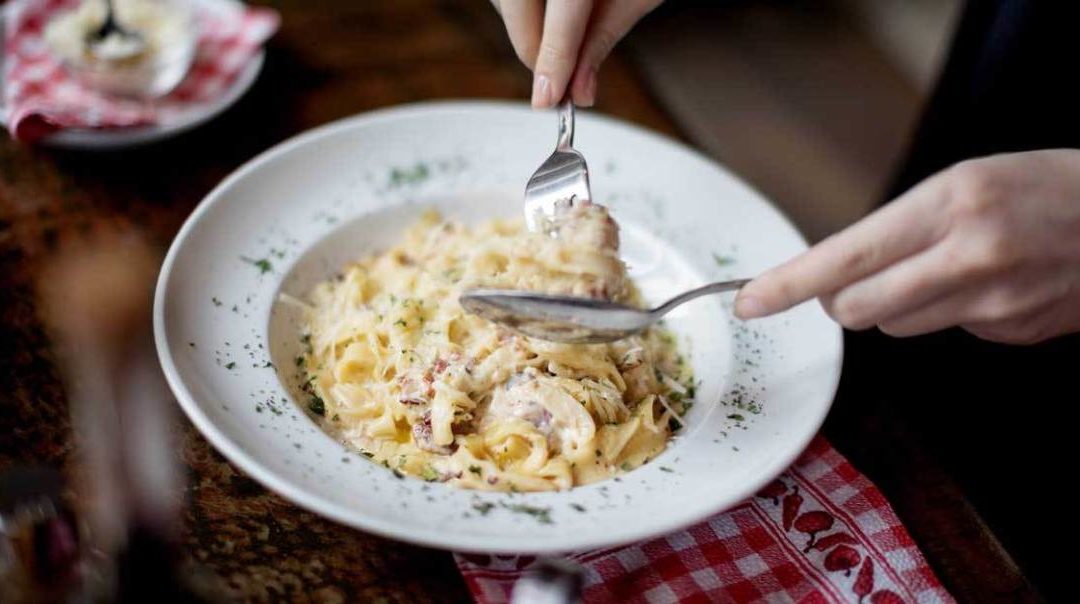 which foods to avoid?- Constipation is a condition where an individual facing the problem of emptying the bowels and also the stools become harder. Generally, it occurs when the bowel movement is fewer than three times per week. It is a digestive problem, and in most cases, it occurs due to excess water absorption by a colon. There are two types of constipation. 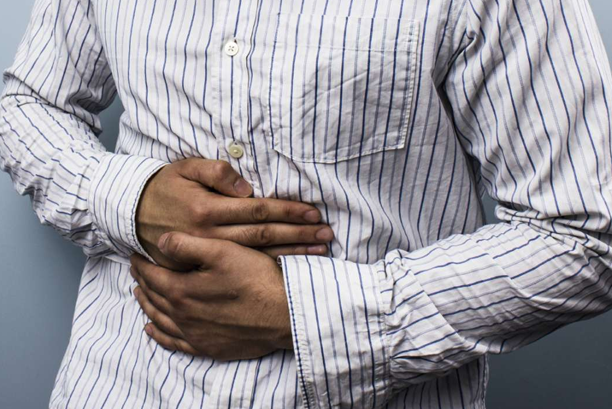 It is a digestive disorder problem. When the colon absorbs too much water, it will reduce the contraction of muscles. As a result, stools will pass slowly and lose more water.

Several causes can lead to it, which are

Lack of fibers in the diet 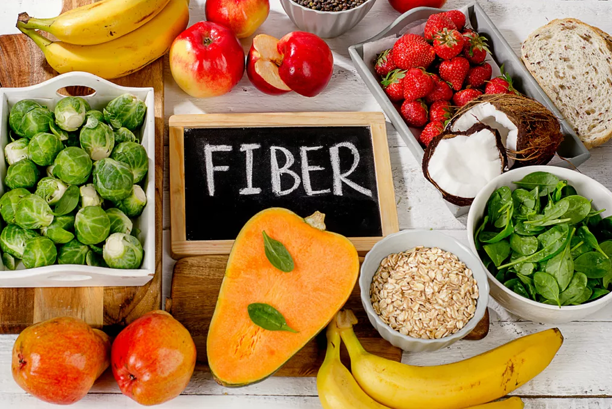 People who take enough fiber food in their daily diet is less likely to affect by constipation. It is essential to have around 20 to 25 gm of fiber food in a daily diet. Usually, fibers food promotes bowel movement, and that will prevent constipation. For example, fresh vegetables, fruits, and whole grains are rich in fibers. On the other hand, eggs, cheese, and meat include low fiber quantity.

In 2018 at the Graduate School of Sciences and Engineering for Innovation, Yamaguchi University studied dietary fiber in adults and increase the intake of dietary fibers cause a lower rate of constipation. 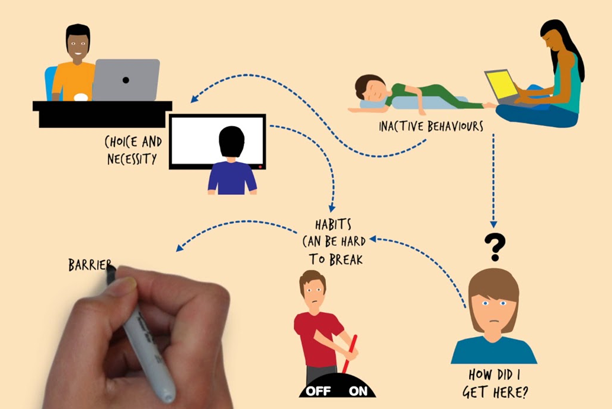 Diminished physical activity can be a cause for constipation. Unfortunately, physical inactivity is common for older people since they experience bone stiffness and muscle soreness. The idea behind the physical inactivity-constipation relationship is not clear yet. However, expertise assumes that physical exercise keeps metabolism high and maintain better bowel movement. 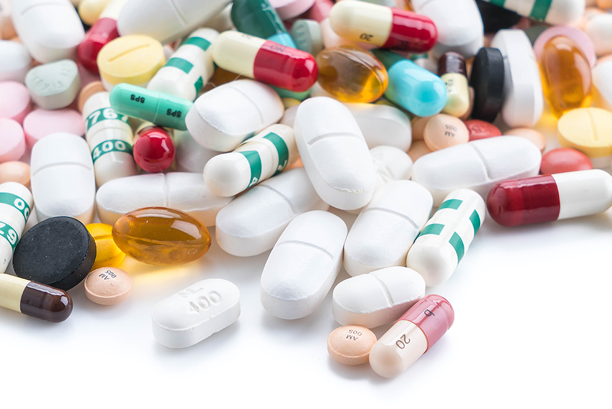 Unfortunately, medication might lead to constipation. Some common pill that causes this problem include: – 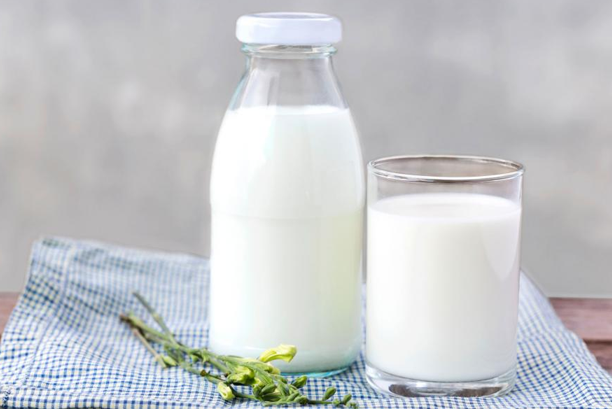 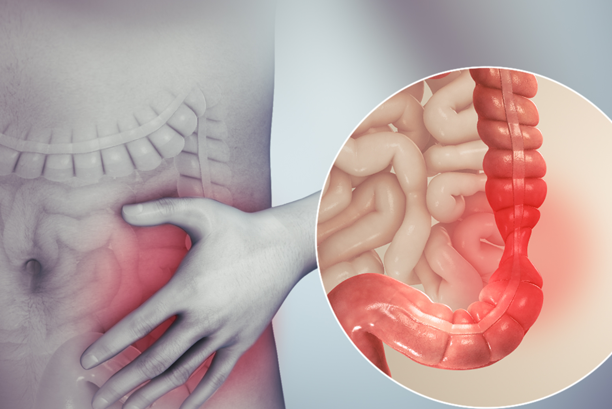 Irritable bowel syndrome is long term digestive disorder. The individual who suffers from IBS has more frequent constipation than other individuals. 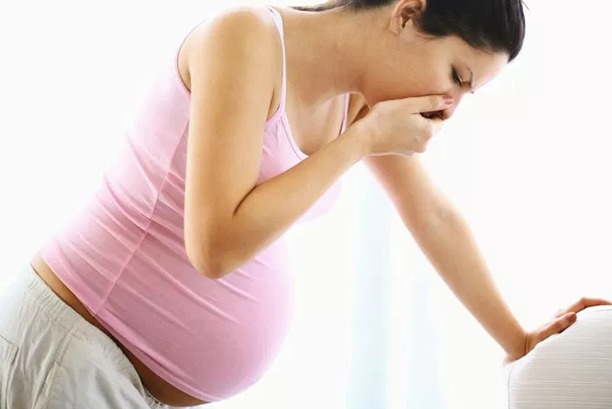 Hormonal change can cause constipation in pregnancy. Also, the uterus may compress the intestine and slowing the passes of foods. 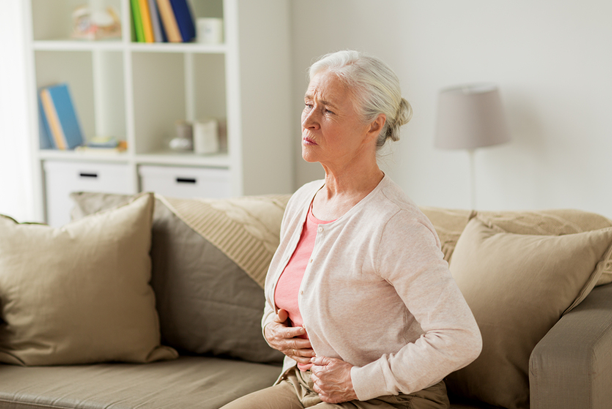 As a person grows older, their metabolism works slowly, which becomes a less intestinal activity that will cause constipation. 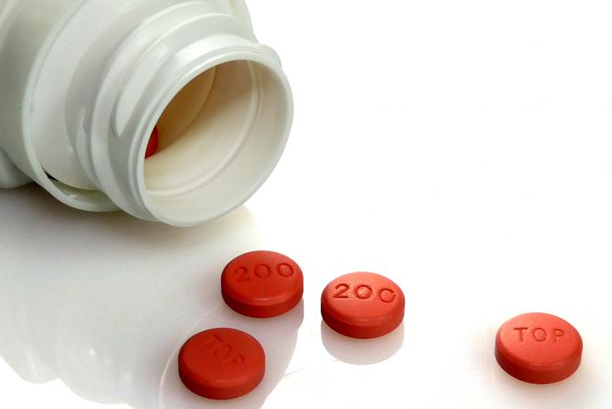 Some people have a strong belief that they have to defecate at least once per day. If they fail to excrete, they tend to use a laxative. Unfortunately, some laxatives, especially stimulant ones, force the body to habituate them. Consequently, the person will not be able to pass the fecal matter without the stimulant laxative. As a result, you will increase the laxative dose until it does not work at all. 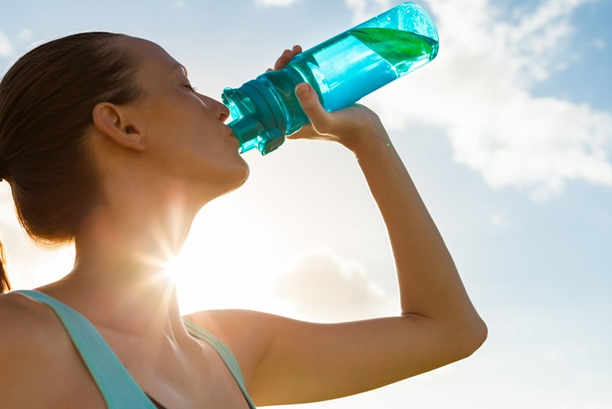 If you drink plenty of water regularly, you will reduce the chances of this problem. Usually, sodas and caffeine beverages induce constipation, as well as alcohol. 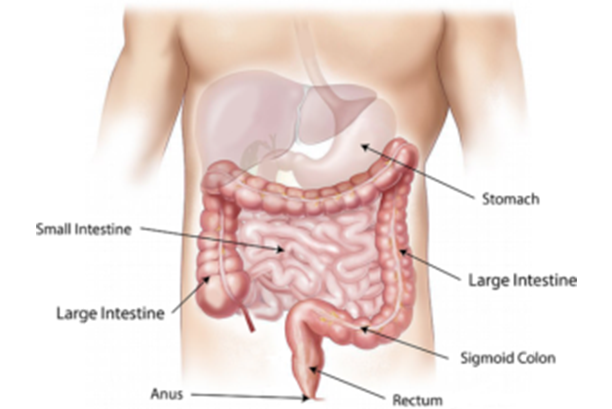 The tumor can restrict the passage and abnormal narrowing of the colon, lead to constipation.

In Constipation which foods to avoid list also includes:

What are the diseases that cause constipation? 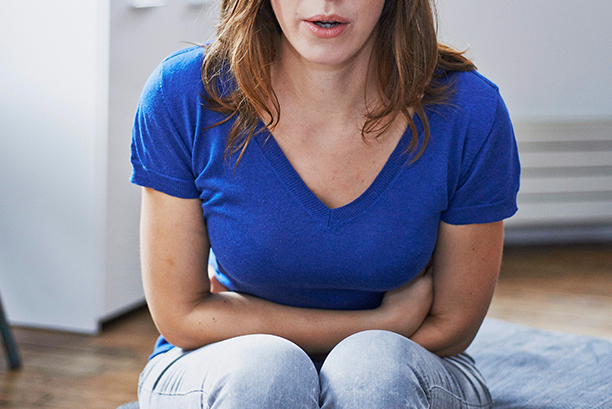 through colon, rectum; which causes constipation. Such diseases include

Which fibers are useful for constipation? 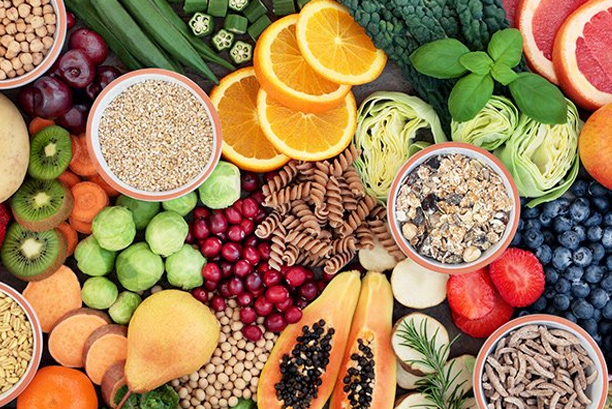 An individual should take 20 to 25 grams of fibers each day. For men younger than 51 years, they need to take 38 grams of fiber. On the other hand, women below 51 ages require to take 25gm of fiber daily. The American physician recommends taking 2cups of fiber-filled fruits and vegetables like apple, orange, Broccoli, etc. Dietary fibers mean the edible part of plants or carbohydrate that does not get digested. Almost every plant food contains fibers.

Dried beans, oats, rice bran, and barley; are examples of soluble fiber. However, wheat bran and whole-grain contain insoluble fiber. Among all the fiber food Whole-grain bread, Cereals, and kinds of pasta are best to ease constipation. Wheat bran work as a natural laxative.

In 2012, The Department of Clinical Nutrition, The First Affiliated Hospital of Soochow University, China investigated dietary fiber in constipation and found a positive result. They said that dietary fibers increase stool frequency in patients with constipation. 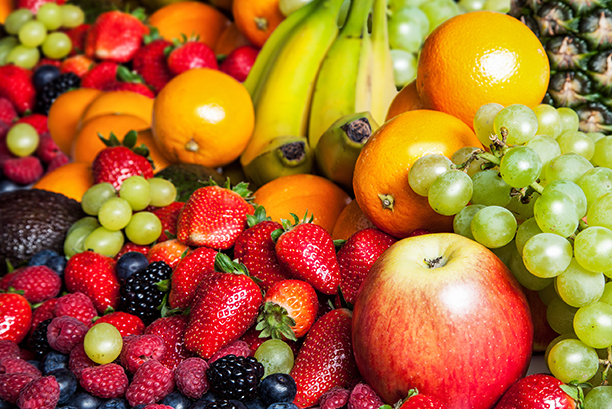 Fruits are rich in fibers, which helps to ease out this problem. There are several regularly available food that can be effective for constipation relief. These fruits include

In 2015, Holly Reiland, BS, is a Food Science graduate at the University of Minnesota who studied that pears are rich in fructose and along with dietary fiber it improves gut health and eases constipation.

Can constipation cause weight gain? 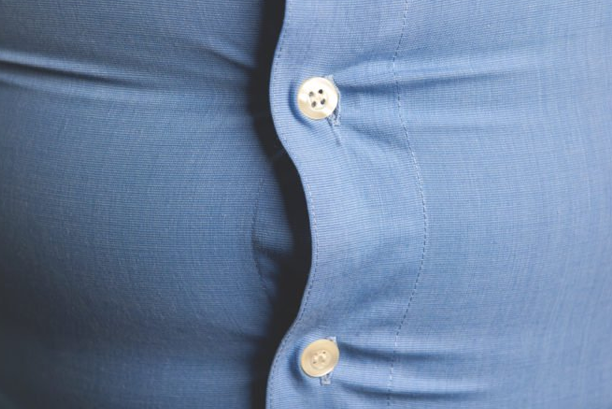 Constipation can be a reason for gaining weight since this can be a sign of imbalance in gut flora, which is good bacteria. One of the most prominent gut flora is probiotics. It plays a chief role in food breakdown and nutrition absorption. On the other hand, the constipated person may not able to clear stools. As a result, s/he can feel heavier. Additionally, constipation might induce bloat and chronic inflammation, which can lead to weight gain.

Why does constipation occur on the keto diet? 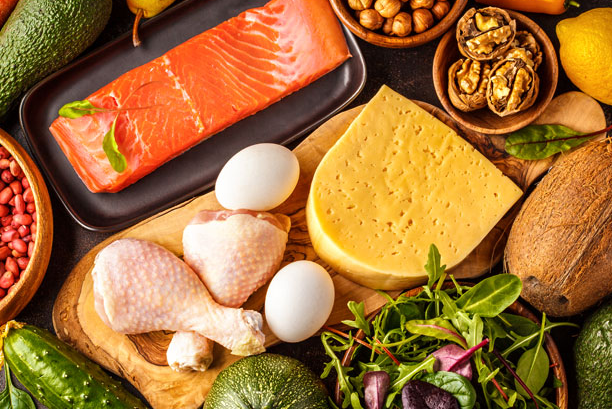 Keto diet means the diet that contains high fat, adequate-protein, and low carbohydrate. It aims to burn the fat by reducing the carbs food. Though it burns the fat, one of the side effects is constipation. There is various reasons for it. In keto diet, our digestive system gets stressed initially because of switching carbs to fat-containing food, which can cause constipation. Thus, in our daily diet, we need to take at least 20gm of fiber food in a 2000 calories diet. But a person having keto diet However, a person on a keto diet does not Include fiber in his/her diet list. Furthermore, no carbs in the meal mean low fibers intake thus it occurs.

In a keto diet, constipation usually fades away in one week. Also, you shall take plenty of water and add rich fiber food, temporarily. You can consider cider vinegar as well. After a week, the gut will get used to it, and this may be a cure. If constipation lasts more than 3 weeks, then you shall talk to your doctor. 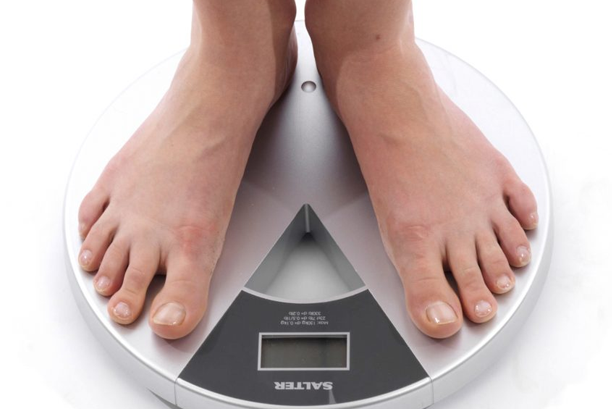 In some cases, constipation can help to lose weight. If you are taking a laxative for it, then you can increase weight loss temporarily. Specially bulk laxatives may lead to weight loss.