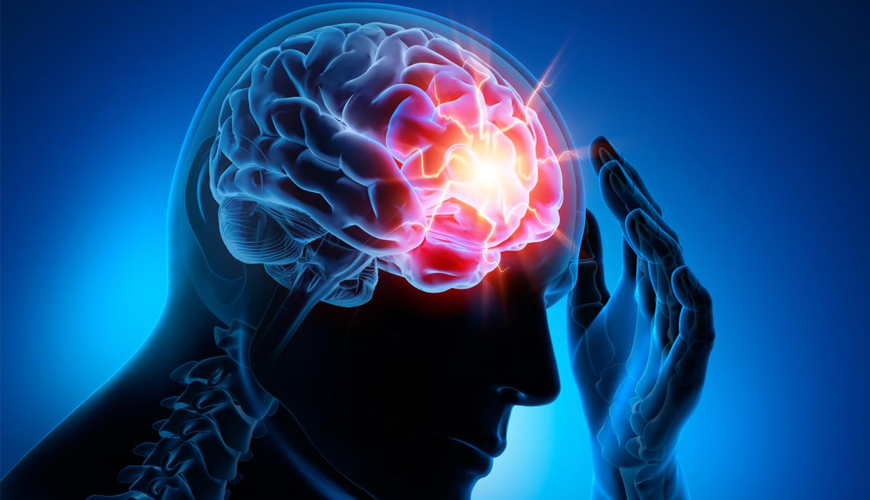 What Is the Emergency Situation for an Epileptic Patient?

In general, the patient with epilepsy should see the doctor if he has any new symptoms or any side effects of medications.

However, there are some epileptic cases need immediate medical help such as: 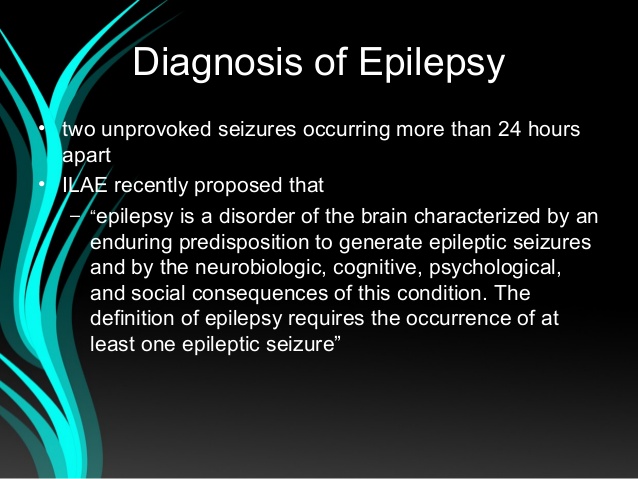 An accurate diagnosis is key to epilepsy treatment. Also, the treatment depends on the type of seizure.

At first, the doctor will ask the patient about the symptoms he has and about his medical history.

Then the doctor may order several tests to diagnose epilepsy such as:

The doctor tests the patient’s behavior, motor abilities, mental function, and other areas. This exam helps the doctor to diagnose the condition and determine the type of epilepsy.

To check for signs of infections, genetic conditions, or other conditions that may cause seizures.

It is the most common test used to diagnose epilepsy. In this test, electrodes attached to the patient’s scalp to record the electrical activity of the patient’s brain. If a patient has epilepsy, the test will show an abnormal pattern of brain wave, even if the patient is not having a seizure at this moment.

In this test, electrodes are spaced more closely than conventional EEG about a half a centimeter apart. The doctor uses this test to determine which areas of the patient’s brain are affected by seizures.

CT scans can reveal abnormalities in the patient’s brain, such as tumors, bleeding, and cysts. These abnormalities may be the cause of seizures.

An MRI also can reveal abnormalities in the patient’s brain, which may be the cause of seizures.

Doctors use this test when MRI and EEG do not determine the location of seizure originating in the brain. This test uses a small amount of low-dose radioactive material to be injected into a vein to create a detailed, 3-D map of the blood flow activity in the patient’s brain during seizures.

Are There Any Tests for Mental Assessment? 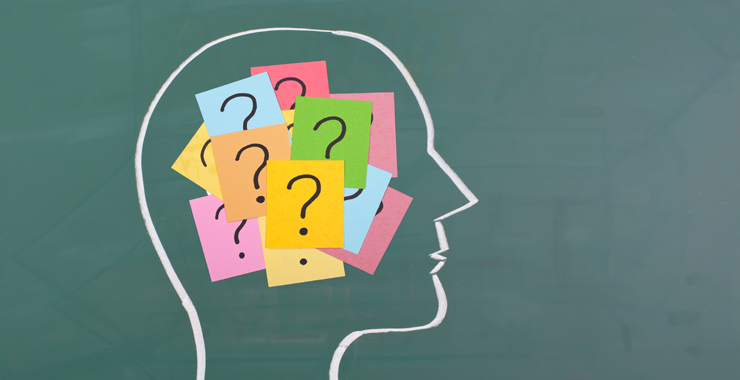 Yes, there are. These tests are called Neuropsychological tests.

Also, Doctors may use a combination of analysis techniques to determine where seizures start in the brain as:

This approach compares areas of the brain; which have increased metabolism during seizures to healthy brains. This method can help doctors to determine where seizures begin.

Doctors use this method to determine where seizures are occurring. This test is carried out by taking EEG data and projects it onto an MRI of the brain.

All these methods are used in the diagnosis of epilepsy and in determining the location in the brain. Through which the seizures are originating. After diagnosis, we finished the first step, and now we can move to the next run.

Is There a Treatment for Epilepsy? What Are They Called? 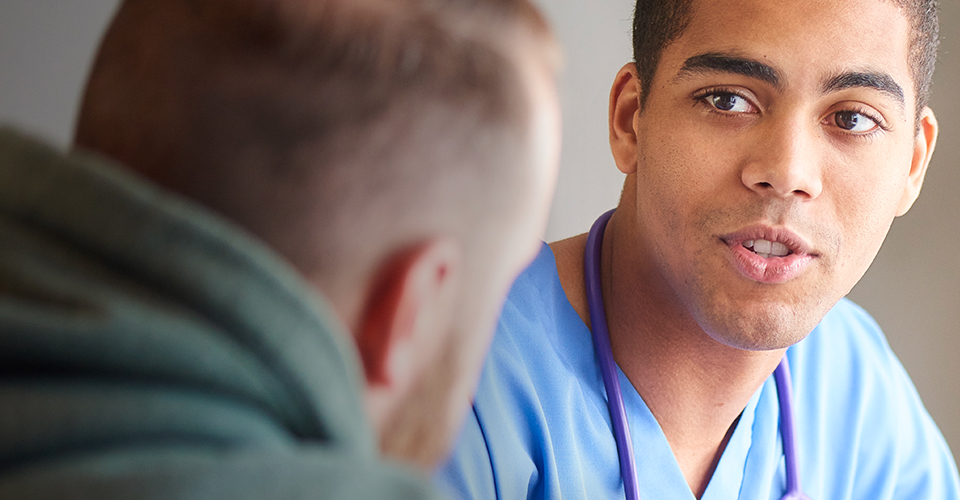 Medication is the first choice in the treatment of epilepsy. Doctors will never suggest other types of therapy unless the remedy failed to control the patient’s seizures. Medications used to treat epilepsy are called anti-epileptic drugs or anti-seizure drugs.

What Are the Anti-Epileptic Drugs?

Anti-epileptic drugs are the kind of treatment how most patients with epilepsy can become seizure-free, or at least can be able to decrease the frequency and intensity of their seizures by taking one or a combination of anti-seizure drugs. Finding the right drug and the accurate dose is not easy. The doctor must consider many factors when choosing which pill to prescribe.

What Are the Important Factors for the Proper Drug Prescription? 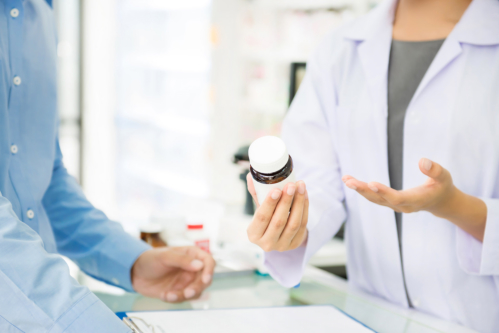 The doctor will first prescribe a single anti-seizure drug at a low dose. The doctor may increase the dose gradually until the patient’s seizures are well-controlled.

Are There Any Types for Anti-Seizure Drugs? What Are They? 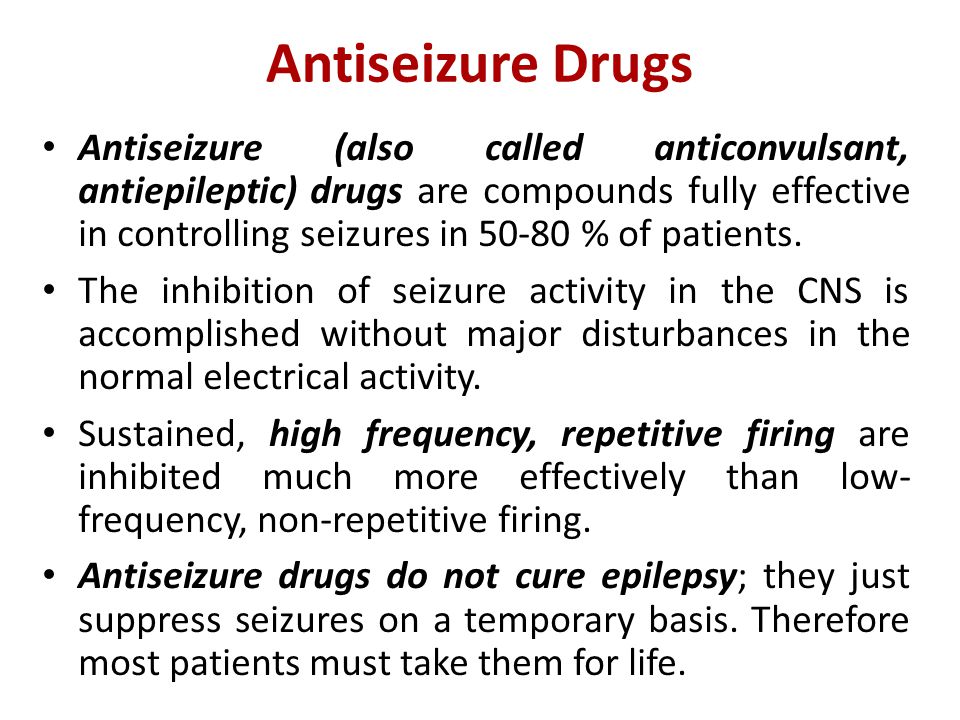 There are many types of anti-seizure drugs. Their classification shows in 2 categories.

Doctors prescribe these drugs if the seizures occur in a specific part of the brain.

These drugs are used to prevent seizures in more than one part of the brain.

Are There Any Side Effects for Anti-Seizure Drugs? What Are They? 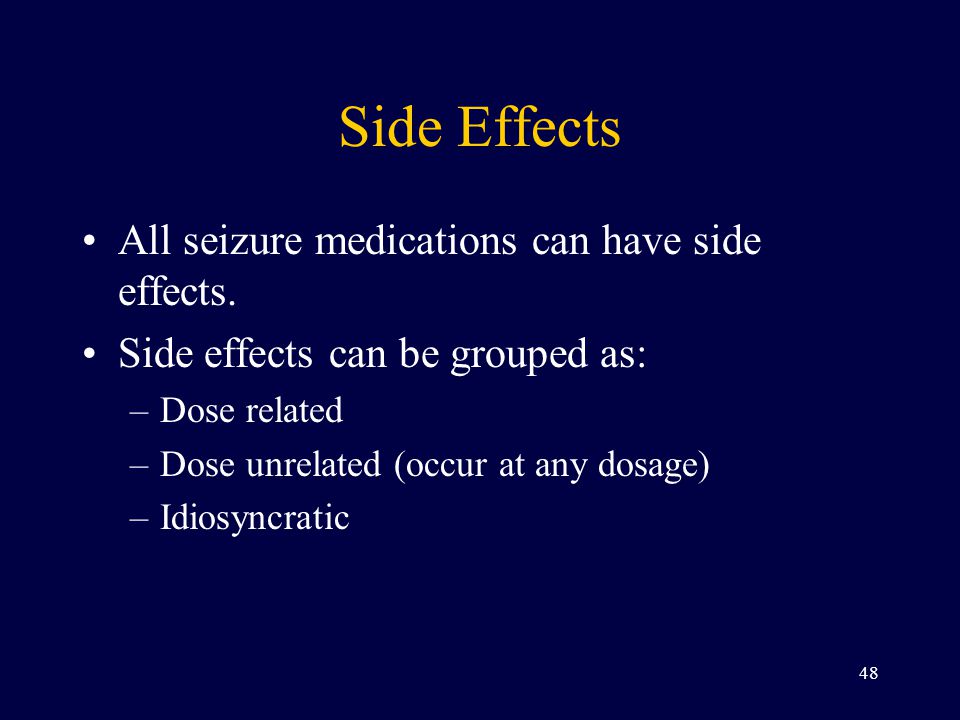 Yes, anti-seizures drugs may have some side effects. The negative impact of anti-seizure drugs is varying from mild to severe cases.

What Are the Rules for Best Seizure Control?

The patient should follow some rules to achieve the best seizure control possible with the anti-seizure drugs:

Blood levels can change because the generic version may not generate the same blood levels the brand drug does; which may produce breakthrough seizures or side effects.

In 2017 a seizure research revealed that generic anti-epileptic drugs not equivalent to drugs of brand formulations. So, generic drug substitution may cause therapeutic failure or an increased risk of adverse effects.

If the anti-seizure drugs not provide effective outcomes, and cannot control the patient’s seizures, the doctor will suggest the second choice of epilepsy treatment.

What Are the Second Line of Seizure Treatment?

Epilepsy surgery may be an option in cases called drug-resistant epilepsy, in which drugs cannot control the patient’s condition. It is a procedure that removes or alters an area of the patient’s brain that is causing seizures.

Can Surgery Be Done on All Epilepsy Cases? 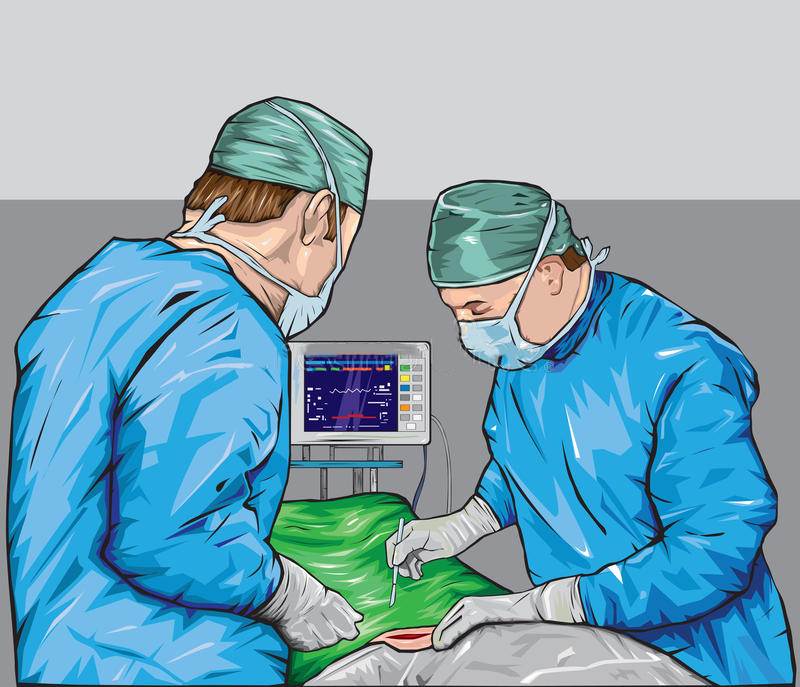 Doctors cannot perform this type of surgery unless the seizures originate in a small, and well-defined area of the patient’s brain.

The area in the brain to be operated on does not interfere with vital functions such as motor function, or vision, or hearing, or speech, or language.

What Are the Goal for Epilepsy Surgery?

Are There Any Risks for the Epileptic Surgery? What Are They?

Apart from anti-seizure drugs and epilepsy surgery, there are other therapies used as an alternative for treating epilepsy.

What Are the Alternative Therapies for Treating Epilepsy?

The vagus nerves are a pair of nerves start in the brain and run through the body. In this treatment, surgeons implant a device under the skin of the patient’s chest; which is called a vagus nerve stimulator. Wires from the device are attached to the vagus nerve in the patient’s neck. It sends regular, mild electrical stimulations to the brain. The effect of this therapy differs from one patient to another. It can be helpful in some cases as an adjunct treatment.

In 2018 Epilepsy Research revealed that VNS is a safe and effective adjunct treatment for CDKL5-associated epilepsy. (a rare X-linked genetic disorder, which results in difficulty to control seizures).

What Are the Side Effects for this Therapy?

Patients may have some side effects from this therapy:

What Is a Ketogenic Diet? 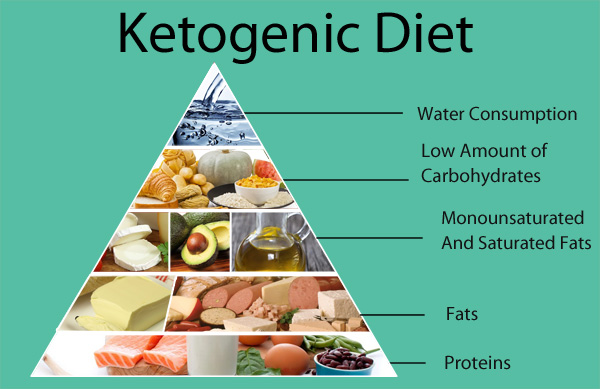 The ketogenic diet is a high fat, low carbohydrate, and controlled protein diet, which used as an alternative treatment for epilepsy.

Many studies showed that the diet reduced the number of seizures in a proportion of children whose seizures did not respond well to anti-epileptic drugs. In 2015 European Journal of Paediatric Neurology revealed that KD could be an effective treatment in reducing seizures in children with refractory epilepsy.

Side Effect of Ketogenic Diet? 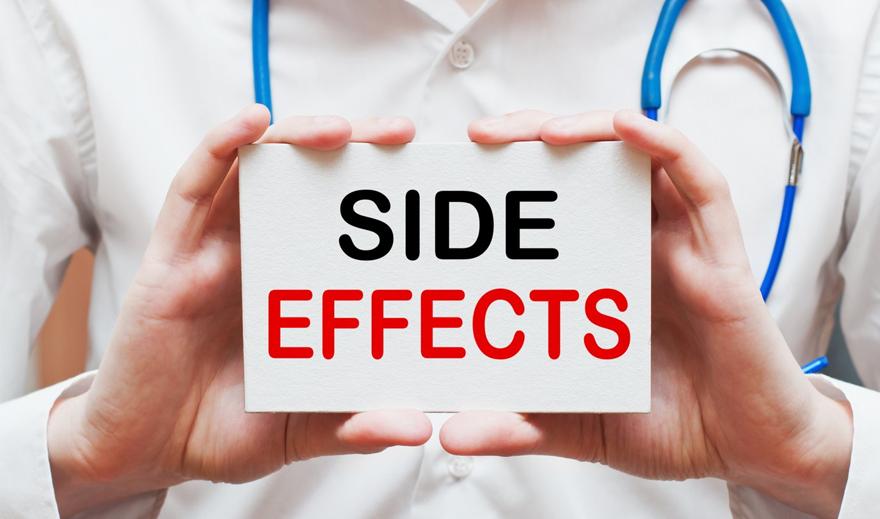 This therapy has its side effects such as:

These side effects are uncommon if the diet is under medical observation.

What Is Deep Brain Stimulation Therapy?

In deep brain stimulation therapy, surgeons implant electrodes into a specific part of the patient’s brain, which are connected to a generator implanted in the patient’s chest or skull. The generator sends electrical pulses to the brain to stop brain signals that cause seizures.

This therapy is used to treat people 18 years and older with uncontrolled focal seizures when medicines don’t work. The effect of this treatment varies from one patient to another. It can reduce the number and severity of seizures in many patients.

What Are the Departments That Treat Epilepsy?

What Are the Types of Care Needed for Patients with Epilepsy?

The patient with epilepsy needs a special type of care, which aims to provide an ordinary, safe life for the patient. Patients and their caregivers should learn how to handle epilepsy. Also, they should learn what to do in case of seizures attack.

Unfortunately, seizures may attack the patient at any time. Thus, the patient’s caregivers should surround him to manage that condition.

What Is the Main Goal When Seizures Attack the Patient?

The main goal at that moment of seizure attack is to prevent injury, which is achievable if you followed the next few and simple rules:

What Are the Common Factors That Trigger the Seizure in an Epileptic Patient?

Patients with epilepsy Should know what triggers their seizures. When they avoid these triggers, they will be able to reduce seizures. Although seizure triggers differ from one patient to another, there are many common triggers such as

How Can the Patient Find His Seizure Triggers? 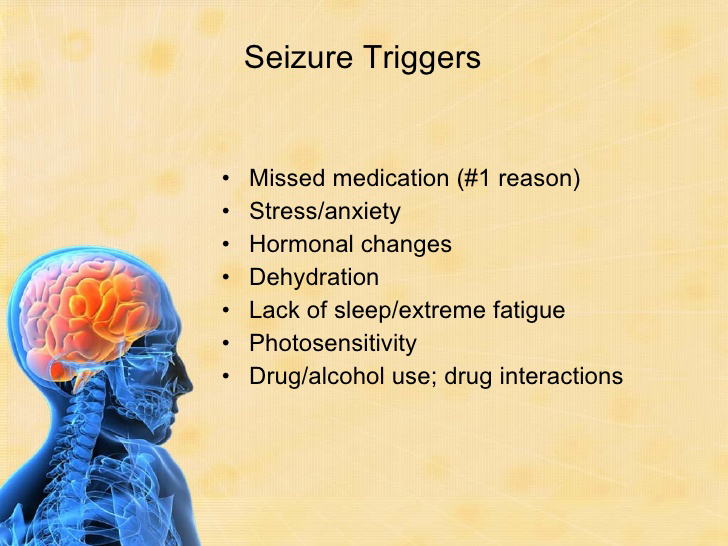 The detailed seizure calendar may be so helpful in finding what triggers your seizures.

Each time a seizure occurs, the patient or his caregiver should write down the time, and the type of seizure the patient had, and how long it lasted.

Also, make a note of any circumstances, such as missed medications, tiredness or lack of sleep, increased stress, menstruation, noises or other events that might trigger seizure activity.

Eventually, it is quite simple to live a healthy, ordinary life even if you have epilepsy. Make sure to follow the right medication and treatment. And always have faith and optimism. Your condition will get better. Epilepsy can be easily managed if you know what triggers your seizures. You can easily learn and how to deal with it. Additionally, it is essential to inform all of your caregivers with your case: friends, colleagues, employers, teachers, etc… Thus, they can help you in case of your seizure attack. Yes, it is easy to live a natural happy life; however, you may need to make some efforts, and you can do it and get rid of anxiety.

Follow our blog for the previous and the next posts for epilepsy. We will cover all the points and will answer all the questions that pop in your head on:

Are Constipation and Depression Related?