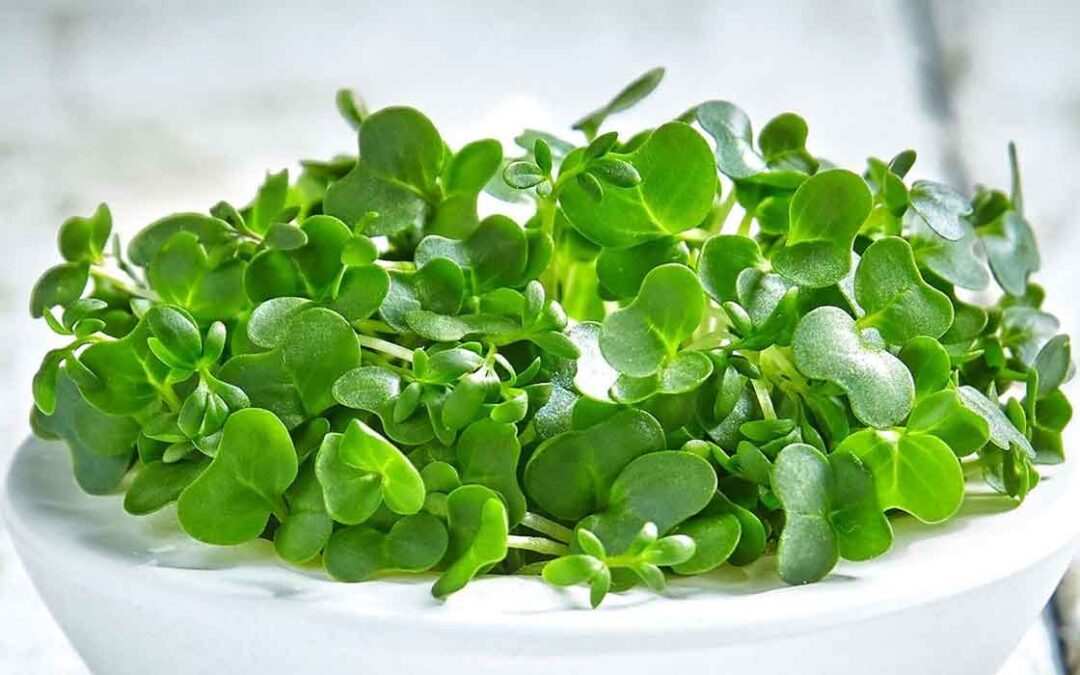 Watercress is a leafy, dark green and belongs to the Brassicaceae family of vegetables. It has a round, small, slightly scalloped leaves and has an edible stem with a slightly spicy and peppery flavor. The plant is grown near-natural spring water and slow-moving streams and is considered as one of the super foods.

It has a high ANDI (Aggregate Nutrient Density Index) score and provides a high amount of nutrients for a small number of calories. Watercress has been used as medicine as well as food and has been cultivated in America, Central Asia, and Europe. Also, the ANDI score measures Phyto nutrient, mineral and vitamin content in relation to caloric content. Including more watercress in your diet will shrink your waistline and boost your health. 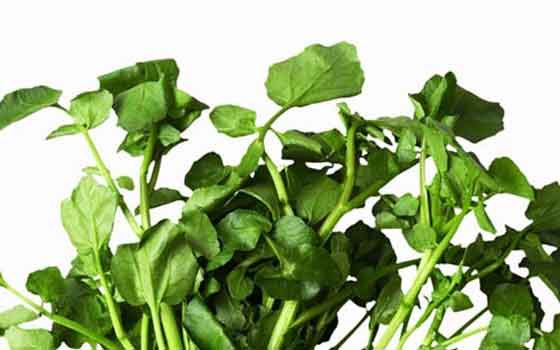 How to include it in your diet?

Watercress is versatile and can be steamed and eaten as a vegetable, or as salad green with fresh spinach or Romaine lettuce. It can act as an ingredient in the soup near the end of the cooking. Watercress also is a good addition to flatbread, sandwich or wrap or can chop it to add to pasta sauce. Furthermore, watercress can be added to the egg scramble or omelet or can be blended into fruit juice or smoothie. Also, you can also make pesto using watercress. Additionally, watercress proves to be a strong preventive medicine if consumed daily as it may treat several types of conditions and is thus considered as a powerful ‘super food’.

Modern science has identified that watercress has more calcium than milk, more iron than spinach and more Vitamin C than oranges. Since it grows in water, watercress must be washed thoroughly and soaked in cool water with hydrogen peroxide for about half an hour to get rid of impurities, parasites and any sort of pollutants. Also, you can also store it in the refrigerator for 2- 3 days by submerging it in water. 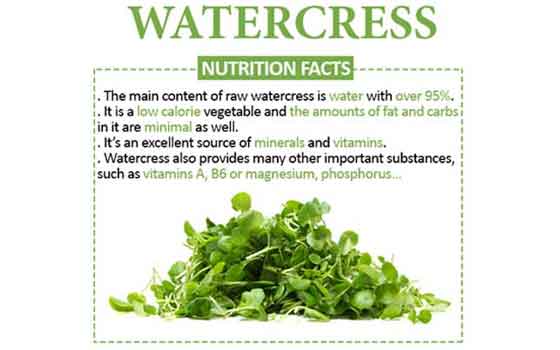 As per the USDA National Nutrient Database, 100 grams of raw watercress provides- 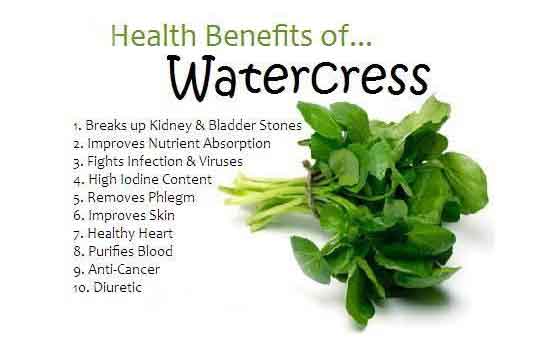 Other watercress benefits to health