Zika Virus-what everyone needs to know ? 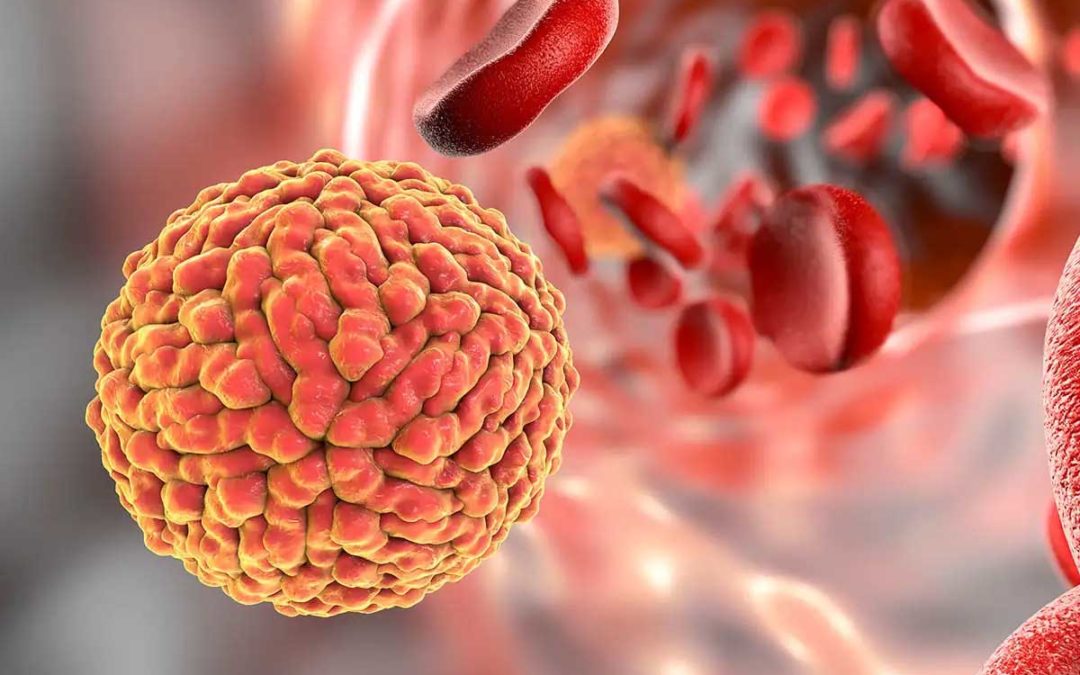 When the debate is on the common diseases caused by mosquitoes, you generally picture malaria and its factors. But, Zika is another deadly evil that needs attention and awareness. ZIka is a virus borne by a mosquito called flavivirus. It was first found in Uganda in Monkeys. The year was 1947. Later on, the disease found its existence in humans. It was firstly found in a human in 1953 in the United Republic of Tanzania and Uganda.

The Zika outbreaks are mostly found in Africa, Asia, the Pacific, and America. In the year period from 1960 to 1980, various human infections of the Zika virus were found in Asia and Africa. The first sign was a mild illness.

The maiden official Zika virus outbreak was on the Island of Yap in the year 2007. After this, a larger outbreak was seen in French Polynesia in the year 2013. Brazil also saw the Zika virus spreading in 2015. The major signs were rash illness leading to proper infection. In 2015, scientists associated the virus with Guillain-Barre syndrome. 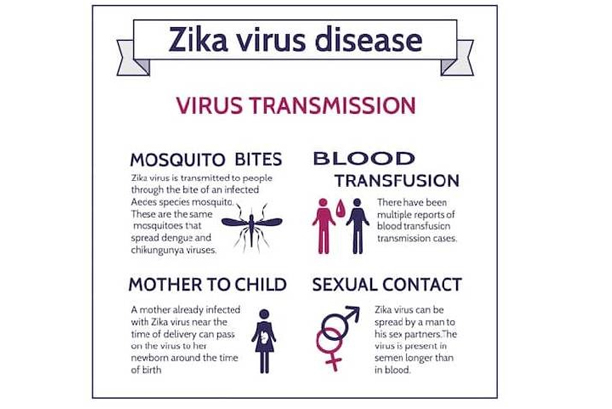 The Zika virus causes and symptoms are a major topic if you wish to learn more about these diseases. The primary cause of this disease is through the bite of Aedes species mosquito carrying this infection. Mosquito species is present all over the world.

When the mosquito bites humans suffering from the Zika virus, it enters the mosquito and it becomes contagious.  This infection carrying mosquito when bites any other human, there is an outbreak of the virus. The virus then enters the bloodstream of the person. Zika virus is also known to spread from pregnant mother to the developing fetus.

Also, there are various reports about the sexual contact and blood transfusion of this virus. 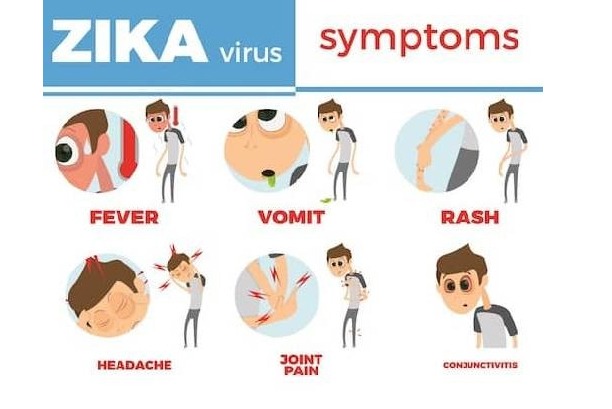 Zika virus infection can be cured once you detect and know the symptoms of this disease. You might raise your eyes in amazement to know that Zika virus has no symptoms. 8 out of 10 people simply show no signs or symptoms even after infection. The main symptoms start occurring around a week after the mosquito bites the healthy person. Most of the signs and symptoms during this time include:

Most people argue about the right time to go to a doctor when Zika infects your body. As a general rule, you should see your doctor when you believe or suspect a family member or yourself have Zika virus infection. This also includes the instance if you have recently traveled to an area with infection. There are certain tests that are to be gone through. The CDC or disease control and prevention regulate these tests and consider them mandatory.

The tests help diagnose diseases such as dengue viruses as well which also mosquito infections. This makes us wonder about the diagnosis of Zika. Let us know about it in detail next:

The diagnosis begins if you are experiencing any signs or symptoms including Zika virus fever. These usually include suspects in areas where the Zika outbreak is common. Various laboratory tests are used to confirm the virus infection. These tests include testing

Infection with the Zika virus may be suspected based on symptoms of persons living in or visiting areas with Zika virus transmission and/or Aedes mosquito vectors. A diagnosis of Zika virus infection can only be confirmed by laboratory tests of blood or other body fluids, such as urine or semen. 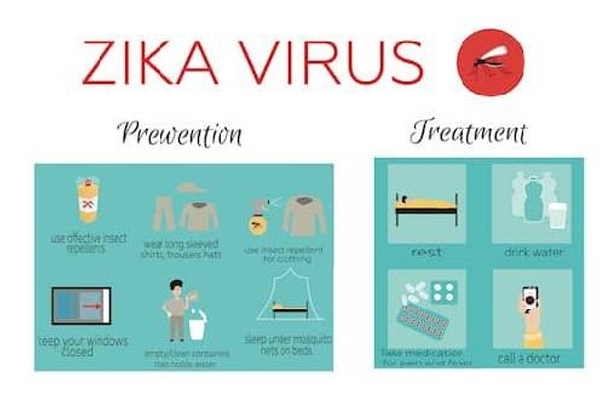 As of now, there is no specific treatment available for ZIka infection the as same all virus-borne d isease. Doctors advise the patients to get plenty of rest when symptoms emerge. They also give medicines to treat pain and deal with a fever. Common medicines are used. Practitioners also suggest patients drink fluids wherever possible. If a pregnant woman develops these symptoms, they should immediately look for medical help. Clinical testing and care can help reduce the onset of diseases. The first line of protection is usually against mosquito bites as it is the first step of infection. This is also a key measure to prevent the entire infection. Various initiatives have been started by the government to give attention to prevent mosquito bites. The main focus is given to children, women of reproductive age and expecting mothers.

One can simply prevent this disease by taking personal measures. This includes wearing light-color clothing and covering the body as much as possible. Another important measure is to use physical barriers like windows screens and closed doors. Applying insect repellent when you suspect infection spreading is also a great precautious measure. All insect repellent you use should include DEET or picaridin. A good habit is to always check the label of repellents before use.

Talking about young children and expecting mothers, they should simply practice sleeping under nets all the time to avoid bites. Early evenings and days are the times when bites occur most. They should avoid this by staying under mosquito nets. 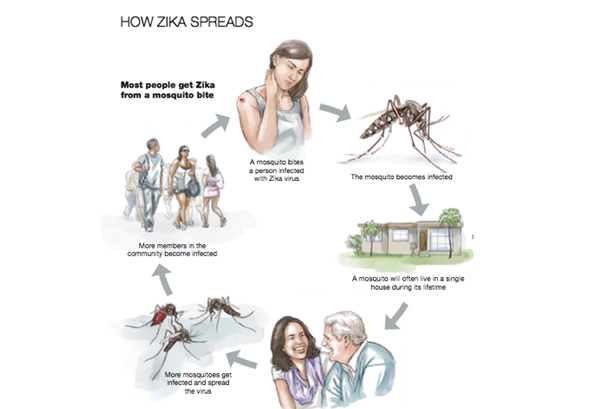 The Zika virus infection parasite usually reproduces in small water collections. These are common around schools, worksites, homes, and places that are not cleaned regularly. One can eliminate such breeding sites. The point of actions includes

Various initiatives on a community level can help the government reduce the breeding sites. Public health societies can also come into help. The point is to simply remove unhygienic places from the area. If an area is dirty or uncleaned, mosquitoes will grow and spread. There are various health authorities who advise the use of insecticide as well as larvicides. This can greatly reduce mosquito population resulting in less occurrence of disease.

Concluding this piece of the segment, here are some facts to help you avoid the disease in the first place.

If you are thinking about the vaccines to prevent the infection, you may be disappointed. There is no vaccine as of now available for the treatment of Zika virus infection. The vaccines are still under research.

We hope that the information will help you develop an awareness of the Zika virus. The purest form of treatment for such infection is prevention. We suggest you take care and know the preventive measures to keep yourself and your family safe. Always remember that prevention is better than cure. And this implies in the case of Zika virus infection as well. So, stay safe and keep your surroundings clean.

If you have any concerns or thoughts about the blog, do not forget to share your views in the comments section below.

How to Get Rid of Suicidal Thoughts ?