Introduction and Overview of Epilepsy 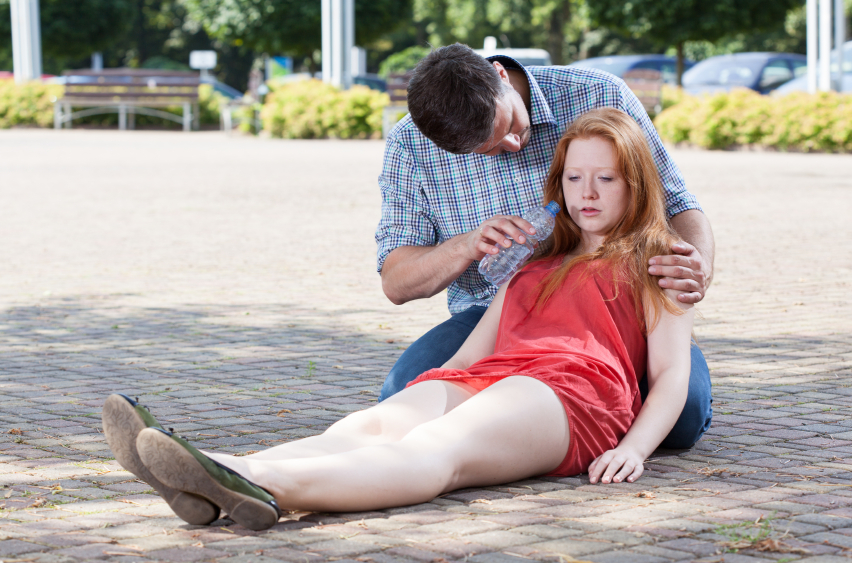 Have you ever lost control over your muscles? Or your body tends to do undesired movements?

If so, then most probably you are facing epilepsy. Epilepsy is most known for its frequent seizures symptoms. It defined as a neurological disorder (related to the central nervous system). In which brain activity becomes abnormal, showing seizures or periods of surprising behavior, sensations, and ends with a loss of consciousness in severe cases.

Is Epilepsy Considered a Treatable Disorder?

Unfortunately, epilepsy is a chronic disorder. Thus, if you got diagnosed as an epilepsy patient you will face these seizures frequently. Treatments can only reduce the number of seizures you face, or they can limit their symptoms. Nowadays, researchers are working on a permanent treatment for epilepsy. Whether through manipulating the chemical receptors inside the human body to accept the neurotransmitter (chemical signals). Or, through using the embryonic stem cells, to heal the degenerative parts within the brain.

Why Do Seizures Occur?

Seizures caused by disturbances in the electrical activity of the brain. This means it can get provoked by hypoglycemia, alcohol withdrawal, or occur spontaneously. Unfortunately, anyone might develop this brain disorder. It affects all males and females of all races and ages.

What Are the Symptoms of Epilepsy?

Epilepsy symptoms are numerous. Some people may just stare without expression for a couple of seconds, whereas others repeatedly twitch their arms or legs. Having one seizure is not a sure sign that you have got epilepsy. It usually diagnosed after having at least 2 seizures.

Many patients who get an isolated first seizure never suffer another seizure; however, after a second unprovoked seizure, there is a high risk of having recurrent seizures.

Seizures affect any action your brain coordinates. Seizure signs and symptoms could include:

Symptoms vary according to the type of seizure. In most cases, an individual suffers from only one type of seizures; which means that they will have the same symptoms each time.

In March 2019, The Medical Clinics of North America revealed that individuals with two or more unprovoked seizures, separated by at least 24 hours diagnosed as having epilepsy. There are about 65 million patients having epilepsy worldwide.

What Is the Fate of Epilepsy Patient?

Medications and surgery can manage seizures in most individuals suffering from epilepsy and reduce its effects. In some people, medication is crucial for their treatment all their lives. Others, don’t have to spend their life using medications. Because eventually, the seizures go away. For some kids, the seizures condition may progress as they increase in age.

What are the Classes of Seizures?

Doctors typically classify seizures as either focal seizures or generalized seizures. You can know which type you have after examining the abnormal brain activity and seeing how it’s like.

What Are Focal Seizures?

When seizures seem to result from abnormal activity in only one space of your brain, they are referred to as focal (partial) seizures. These seizures make up 2 categories:

Other brain disorders have the same symptoms as epilepsy. These disorders require tests and examination to differentiate them from epilepsy. They include narcolepsy (a case where the patient sleeps suddenly), and migraine (a headache that affects one half of the brain).

What Are Generalized Seizures? 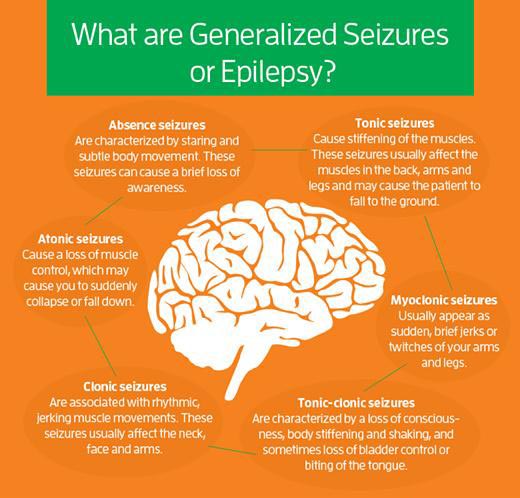 Unknown onset seizures, when the beginning of a seizure is not known, or when not witnessed or seen by anyone. For example, during night or people living alone. Later, an unknown onset seizure may get diagnosed as a focal or generalized seizure.

What Are the Types of Seizures?

On 2019, An Epilepsy Research Journal concluded that epilepsy with generalized tonic-clonic seizures alone in childhood is a type of epilepsy. However, it may be considered as a well-defined epileptic syndrome.

When Shall I See the Doctor?

You must see a doctor if you experienced any of the following symptoms:

What Are the Causes of Epilepsy?

Frankly, there is no obvious cause of epilepsy. Half of the patients are suffering from unknown onset-epilepsy. For the other half, the disease may be related to different factors including:

Recently, there has been a rapid increase in the knowledge of epilepsy genetics. Nowadays, it is estimated that they include over 30% of all epilepsy syndromes. In the Neuroscience Letters Journal in 2018, scientists revealed the gene mutations that lead to that in a third of the patients.

What Are the Most Common Cause of Epilepsy?

B) In Infants and Children:

C) In Children and Adults:

What Are the Risk Factors of Epilepsy?

Certain factors could increase the risk of epilepsy:

What Are the Complications of Epilepsy?

Seizures can sometimes lead to serious circumstances that may harm the patient himself and the people around him. Complications are like:

What Is Status Epilepticus?

This is a rare case. It only happens when seizures last for more than five minutes. Or, it occurs frequently and causes loss of awareness. This condition is very dangerous. it may cause serious brain damage and death.

Is There a Relation Between Epilepsy and Behavior?

Epilepsy & Behavior Journal released a study in April 2017 which reveals that: Depression is one of the most frequent psychiatric complications in patients with epilepsy. The prevalence of depression reported more frequently in temporal lobe epilepsy and estimated at 35%.

Patients with epilepsy who are not responding to treatment and having depression reported the worst quality of life. Because depression disrupts daily functioning. Also, it affects health and treatment. So, doctors must consider depression in their treatment in addition to anti-epileptic drugs.

What Is the Meaning of Epilepsy Syndromes?

When a patient has a group of features happening together, it is called a syndrome. These features are symptoms that a patient has or signs that doctors notice while examining him.

Of course, an epilepsy syndrome not defined by all these features; however, it’s important that we diagnose a patient as having a certain syndrome. It’s very helpful in providing information for the treatment.

What Are the Types of Epilepsy Syndromes?

There are numerous types of epilepsy syndromes such as:

A) Angelman syndrome (AS):

It’s a developmental brain disorder. It found in babies between 6 and 12 months. Usually, it happens due to a genetic cause. Epilepsy found in 80% of the patients having AS. Absence and myoclonic seizures are very common in AS. Status epilepticus may also be available. Surprisingly, the seizures in AS are hard to control using normal medications.

It’s a type of epilepsy characterized by absence seizures. Usually, CAE affects young children between 3 to 11 years. The seizures often happen during exercise and last for about 10 seconds. These children develop normally; however, some of them have learning difficulties. Obviously, the patient has a staring spell and doesn’t respond to the surrounding stimuli. Mostly, the cause of CAE is genetic.

It is a type of epilepsy known as myoclonic-atonic seizures. This syndrome named after doctor Herman Doose from Germany. He was the first to describe it in 1970. It is an uncommon type of epilepsy that happens in early childhood. It only affects 2 out of 100 of all childhood-onset epilepsies. Unfortunately, the genetics of the disease is still unknown.

These are the signs that doctors notice on the patients:

It’s a type of epilepsy syndromes. Usually, it happens by the age of 20 in 85% of the cases. It is an inherited disease. Autosomal dominant inheritance means that an abnormal gene from one parent can transfer to a child. These seizures usually happen during sleep.

Luckily, this syndrome well controlled by medications. Seizures decrease in number and severity with age. The development of patients is normal until the first seizure occurs. However, there are rarely some thinking and memory problems. But generally, they are normal people.

In conclusion, epilepsy is a chronic disorder that might be diagnosed from a young age. Early diagnosis can help in better treatment. Thus, my advice to you is to go for examinations if you ever felt any of these symptoms. Because medications will definitely help.

Check our coming articles about epilepsy. We will cover the whole topic in interesting questions and answers forms on our blog https://fitnesshealthforever.com/

The information stated above is really good👍